Status
Not open for further replies.


By playing on the McCaverns Network, you automatically agree to these rules, regardless of if you have read them or not. This will not be a valid excuse for breaking any of the rules.

The following are basic offenses which are NOT allowed. In most cases will lead to a mute, but could potentially result in a ban based on severity.

*Swearing - We allow swearing on our PRIVATE SMP server ONLY. Not on the main servers.
*Message Spam - Spamming the same message in chat at least 3 times within 5 minutes. (Or sending messages at a rapid pace.)
*Excessive Caps - This is classified as using caps in multiple messages within 5 minutes, or using more then 3 words in caps in a sentence. (The words being a max of 5 letters each.)
*Character Spam - Spamming random characters in chat, which could potentially break or disrupt the flow of chat.
*Death Threats - This will lead to a PERM ban if made legitimately. Not bannable if they're threatening to kill the other player IN GAME.
*Being a Pest to Staff - By this, we mean that you must not purposely annoy the staff members.
*Trolling a Player - We allow some trolling, just nothing that makes others upset or offended.
Gameplay Rules

The following are gameplay-related offenses which are NOT allowed. In most cases will lead to a warning or ban, based on the severity.

*Unfair Modifications - Any modification that gives you an unfair advantage over others or helps you achieve a goal in an unfair way.
*Exploit Abuse - Abusing exploits in vanilla minecraft or with the general plugins of the server. Such as the shop plugin.
*Cheating - This includes finding loop-holes or exploits in any event, the economy, etc.
*Over-Claiming - Claiming over other's builds or claims without their permission.
*Building / Claiming Near Others - Building your base or claim next to another person's without their permission first.
*Mass Claiming - Claiming mass areas of land that you are not going to use. Please only claim in moderate portions.
*Spawn Killing / Mass Killing - Killing players randomly just to kill them.
*Griefing / Raiding - Destroying the property of, or stealing the property of another player without their permission.
General Rules

The following are general offenses which are NOT allowed. In most cases will lead to a warning, mute, or ban, based on the severity.

*Evading a Punishment - This refers to coming on another account to bypass a ban or mute.
*Irresponsible Account Ownership - This is allowing another player to come on your account and break rules.
*Excessive Alternate Accounts - You may only have 3 accounts on the server at a time.
● Reward Backstabbing - If a season is about to end on one of our servers, you may not kick a team member to ensure that they do not receive the seasonal reward.
Forum / Application Rules

The following are forum-related offenses which are NOT allowed. In most cases will lead to a warning, mute, or ban, based on the severity.

*General FPS Boosting Mods - These mods consist of Optifine, BetterFps, etc.
*Mini Map - You may use the general mini map features, but you may not use player trackers within the mini map mods.
*Cosmetic Mods - Mods used for capes, particles, clothing, accessories, etc.

*Automatic Mods - This refers to any mod that does stuff for you automatically. As long as it isn't listed in Allowed Mods. (For example: Auto walk, auto eat, auto steal, auto mine, etc.)
*Gameplay Intrusive - Any mod that intrudes upon gameplay to give an unfair advantage. (For example: Speed, Anti-Knockback, No Fall Damage, etc.)
*Any Hacked Clients - The use of any hacked client is strictly prohibited from our server. Regardless of if you are using the hacks within them or not. If caught, you will be punished accordingly.
Approved / Disapproved Websites
The following are a list of websites that we allow and disallow on our server.

*Anything Containing Advertisement for Other Servers - This includes, but not limited to, server list posts, server reviews, server showcases, etc. (Unless made about McCaverns.)
*Links used to Steal a Player's Information - This includes doxxing a player through a link, using an IP grabber, tracing a player through a site, etc.
*Anything Completely Off-Topic - You may not post a random link and or site with the intention to advertise it. It must be on topic with the current chat discussion.
Auto Clickers

Terms:
● 5 CPS Max
● Used for Farms Only (No PvP)
● Not Permitted in Casino
These rules are subject to change at any time with or without notice. You are expected to follow the rules regardless of change. If major changes are made, we will usually notify via our discord.​
Last edited: Aug 5, 2019

Status
Not open for further replies. 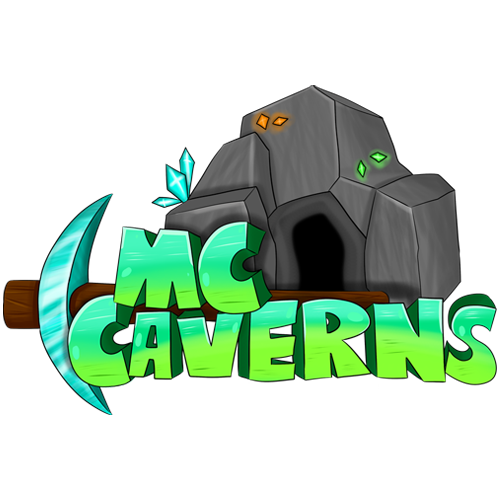 Copyright © Cyvers 2020. All Rights Reserved. We are not affiliated with Mojang AB. Powered by XenForo.